Five of the Best Ways to Deter Car Thieves

Did you know that, in 2015, there were 69,500 reported cases of car theft in the UK? Manchester and London were revealed as car crime hotspots, while the Audi S3 was awarded the title of ‘Most Stolen Car’.

These might sound like scary statistics, but it’s actually easier than you might think to protect your car against theft. Here are five of the best ways to deter car thieves. 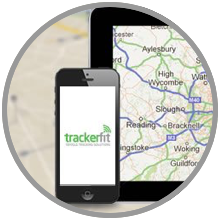 Invest in a car tracker

Car trackers aren’t just there for peace of mind (though the comfort they afford is unbeatable). A tracking device really works, and offers just as much prevention as cure.

Even the mere presence of a sticker reading, ‘This car has an alarm’, is enough to put car thieves off trying their luck. And, if the worst should happen, a tracking device ensures that a stolen car can be located as soon as possible. Some trackers can even shut off the car engine remotely; meaning thieves won’t be going anywhere! Here are six other things you might not know about car trackers. 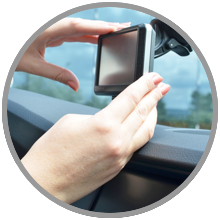 Keep valuables out of sight

It might seem like simple advice, but people don’t always keep the valuables in their car out of sight. Even a sat-nav stored under a seat could catch the eye of an opportunistic thief!

As convenient as it might feel at the time, it’s best not to leave anything in your car that you’d miss. Where sat-navs are concerned, it’s also good practice to wipe the sucker marks off your windscreen, so you aren’t leaving clues for crooked passers-by. 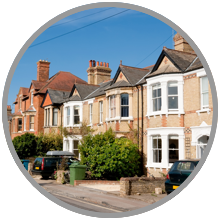 Car trackers aren’t the only things to make thieves think twice about snatching your precious motor. Where you park plays a big part.

The most off-putting places to park are outside a house, under a streetlight and, best of all, in a driveway. After all, no thief wants to draw attention to themselves. If you do park in a driveway, experts recommend driving in, instead of reversing in: making it harder for thieves to make a quick exit. 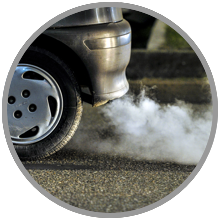 In the current chilly climate, it’s tempting to warm your car up by leaving it running, while you run inside to grab some warm water for the icy windscreen. All a car thief needs to do is jump into the driver’s seat and make a speedy getaway.

When you’re de-icing your car, take water outside with you, or stick to scraping while your car warms up. 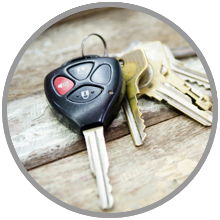 Be aware of where you leave your keys

It’s easy to throw your car keys down as soon as you walk through the door, but once a car thief clocks your keys, they’re much more likely to commit to the theft.

Car keys are far too visible on windowsills – all a thief needs to do is break through the glass. And tables by the front door aren’t much better, as it’s easy to simply reach through a letterbox or pop a head round the door on a reccy. It’s no secret that, if the worst comes to the worst, vehicle trackers are invaluable security devices. Use them hand in hand with precautionary measures like these, however, and your car is much less likely to fall foul of bad apples.

Posted in News By admin